Eyesha and the Great Elephant Gathering

Eyesha and the Great Elephant Gathering

Eyesha is a baby elephant who is just learning the etiquette and behaviour expected of the largest land mammal in the world. She visits the Minneriya Tank with her family for the first time to participate in the annual Great Gathering. Curious and adventurous, she makes new friends, but is soon lost and in trouble. How will little Eyesha find her way back to her mother?

With spectacular illustrations by Manoshi de Silva that capture the beauty of the region and a well-researched Glossary and Fun Facts page that encourage children to appreciate animals in the wild, Eyesha and the Great Elephant Gathering is an entertaining and educational book for children.

"That's it. After reading this book I want to quit the human race and join the far more civilized world of Asian Elephants. Highly recommended for any parent who wants to open their children's eyes to the wonder and warmth of other species on our planet" - Nancy Heinzel (Amazon Review) The life and times of Jeronis Pieris, as seen through his letters Shortlisted for the Gratiaen Prize

A compelling story of adventure, love, and starting anew in Dutch Ceylon.

The year was 1760, I would like to think it was a cloudless day in June, when Jan disembarked at Galle, the southernmost port in the island. A turquoise sea lapped against a promontory which was fortified by a massive fort. On the ramparts, was a curious crowd of people, excited at the sight of the vessel, its white sails billowing in the wind.

Premini Amerasinghe brings to life the cobbled streets of 18th century Ceylon. Cleverly juxtaposed with the personal story of an employee of the VOC - Jan Spittel, are the political intrigues, the battles fought, and the transition from Dutch to British occupation of the Indian Ocean island of Ceylon. 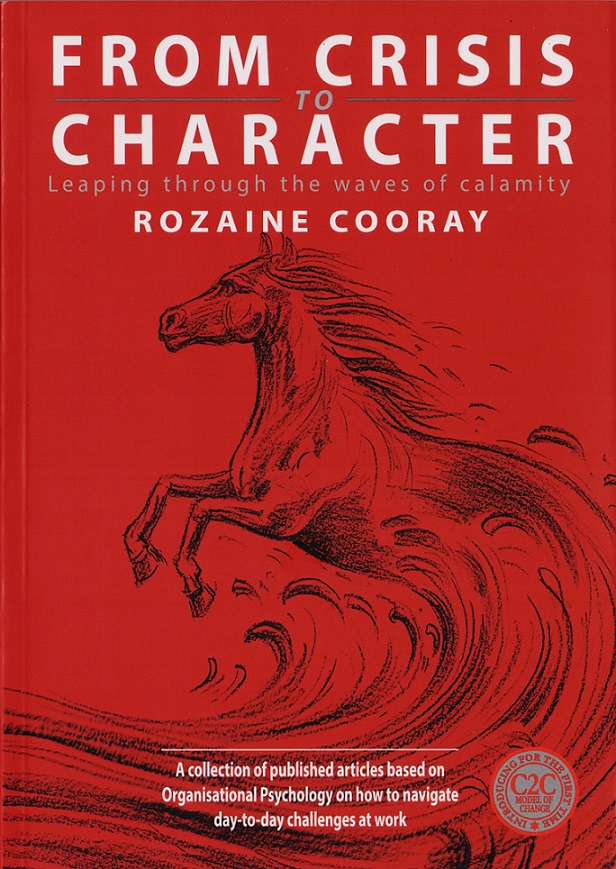 From Crisis to Character

From Crisis to Character

From the author of Colours of the Sun (shortlisted for the Gratiaen Awards and State Literary Awards 2010), comes a brilliant distillation of day- to - day organizational issues addressed in a form of 'what', 'why' and 'how', that can help one to gain mastery over crisis and to triumph with greater character.

"One's character is generally challenged when disaster strikes and as the saying goes; it's not about how high one climbs but how he bounces back when he hits the bottom which defines the true measure of a man's success. This is the heart of the Crisis to Character Model suggested by the author." - Kushil Gunasekera, Founder, Foundation of Goodness, Sri Lanka (Pages are slightly Yellowing, 40% off)

The scholar, historian, colleague, friend, and mentor who dedicated his life to Sri Lanka

This libr amicorum is a book of original writings (research, fiction, poetry..) compiled by friends of Fr. Martin Quéré to celebrate his first 50 years in Sri Lanka. The subjects are concerning his fields of interest, as a historian (of religion, of the Portugese period in Sri Lanka, of the French battles in Trincomalee), as a reader of literature, and as a man well versed in many languages. How the Squirrel Got His Stripes

How the Squirrel Got His Stripes

You've always wondered how squirrels got their distinctive stripes. Well, once upon a time, clever little squirrels joined a legendary battle that took place in the land of Lanka. As reward for their valour they received a sign of affection that they carry even today! Read all about it with your children, from this beautifully illustrated collectible book.

Inspiring Sri Lanka's current and future generations of youth through the stories of successful and innovative leaders, entrepreneurs and drivers of change.

Driven by their passion for social entrepreneurship, unbridled love for Sri Lanka, and aspiration for a thriving future for their country, Indira and Hashendra have collaborated to write I Am Inspired, a consolidation of anecdotes, insights and reflections of inspirational leader with Sri Lankan roots based in the country and around the world. The book is a ground-breaking literary creation produced to inspire and encourage youth to shed their inhibitions and take a leap of faith in pursuing their passions. Spanning across eight chapters, the consolidated biographical portraits envelop areas most critical to Sri Lanka's development.

100% of book proceeds will be donated to the Sparklers Foundation, for the purpose of:

Shortlisted for the Gratiaen Prize 2020

The fabled Moroccan Scholar Ibn Battuta is reputed to have travelled further through the medieval world than any other explorer, including Marco Polo. When Ameena Hussein sees a grimy street sign in Puttalam bearing his name, it precipitates a quest of her own, tracking Ibn Battuta’s trajectory in Lanka or Sarandib as he knew it.

From the pearl rich north-western coast, through Sri Pada known as the Mount of Lanka, down to Dewinuwara with its magnificent temple hosting dancing girls and Brahmin priests and onwards to Colombo – already a formidable maritime presence, she follows his trajectory to rejoin his starting point at Puttalam. Along the way, she seeks Ibn Battuta’s memory in the minds of men, and discovers a land brimming with myth and legend as colourful as the traveler himself.

"A book for those who love the marvelous, multicultural land of Lanka" – Tim Mackintosh Smith
"A rich tapestry, bringing to life 14th century Sri Lanka" – Shyam Selvadurai
"A beautiful, sweeping book that shines light into the past" – Nayomi Munaweera
"A fabulously entertaining and remarkable feat of research" – Nira Wickremasinghe

Ibn Battuta Postage to the US

Ibn Battuta Postage to the US

In The Same Boat

In The Same Boat

Writing with keen insight into the psyche of the displaced, Channa Wickremesekera, author of Distant Warriors and Walls, brings his characters into the close confines of a boat escaping a conflict zone. Will a series of unfortunate events precipitate disaster on them before nature unleashes a savage storm? Only time will tell as they race inexorably toward their destiny.

'A powerful and disturbing tale of our times in which the historical and the allegorical are combined with consummate skill. Channa Wickremesekera is among the most astute, inventive and courageous of Sri Lankan diasporic writers today' – Suvendrini Perera

'The novel can be read as a counter narrative of the colonial voyage... It is unromantic and unsentimental, even in some of its more tender moments, like that of the child seeking the whereabouts of the kitten she had brought on board or in the more horrifying ones , like the spraying of an 'insubordinate' passenger by the rebel leader, with bullets. A remarkable feature of its textuality is its refusal to produce a 'human' alternative to the political dilemma of nations and nationalities, borders and boundaries' – Sumathy Sivamohan

Stories of hope and courage

The book is a collection of stories that reflects the lives of disabled individuals across the globe. Each story is narrated by a courageous individual who refused to be defined and shaped by a label or a medical diagnosis. These individuals choose life and living instead of doom and gloom. They are not international superstars but are stars nevertheless because they valiantly defied limitations imposed on them despite the odds that were stacked against them. The stories are a gift of hope and inspiration to the countless number of individuals with disabilities.

You too can overcome!

Look beyond the disability and recognize the person who is struggling to emerge! Jaffna Boy is the engaging true story of a young boy's life at a Sri Lankan boarding school in the 1970s, as recalled during one fateful train ride - and the advice from an unexpected source that would change the course of his life forever.